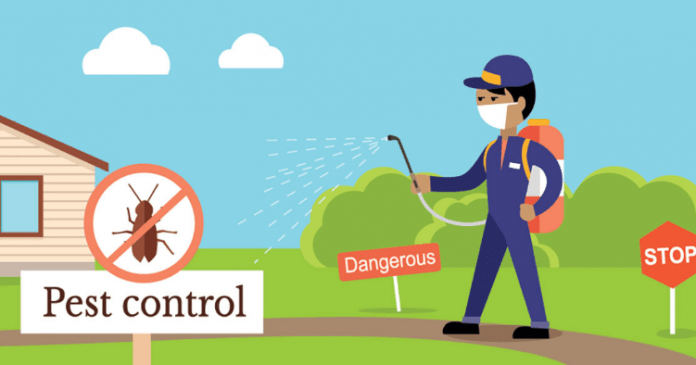 Pests are that member of the animal family who are enemies to the agricultural sector. Humans respond to such disturbances on the parameter of the damage done or might be done- from tolerance, to deterrence, to management and medicines to completely wipe out their existence.

In the agricultural sector, pest control is approached through cultural, chemical and biological methods. However, farmers tend to control the usage to a certain limit such that it doesn’t ruin the fertility of the soil, through thorough monitoring, usage of the product till necessary, and growing crops which are completely resistant to such pests. Let’s look into the different approaches of pest control in detail.

This biological approach is associated with eradicating pests through usage of predator organisms like insects and mites. This approach includes the application of natural mechanisms to control pests like predation, parasitism  and herbivory, accompanied with active human contribution on the management part.

This traditional method includes introducing natural enemies of pests which are synthetically grown in laboratories and then released into the farms to find their prey. Sometimes, these natural enemies are augmented in small,recurring or large-scale batches. These organisms reproduce and survive for a long time, controlling the outbreak of pests for a long period of time.

Usage of hands-on techniques with simple but efficient equipment to provide a protective shield between the plants and the pests is what this mechanical or cultural approach is about. This is scientific and effective, also referred to as tillage, being one of the most ancient methods of controlling pests. Repeated cultivation of certain breeds exposes them to the predator organisms.

Crop rotation is also one of the principal methods to eradicate pests who are deprived of their host plant families.

Trap crops are specifically designed to lure in pests by distracting them from the nearby crops which belong to the mainstream agriculture. The pests hence attracted to the trap crops can further be controlled using pesticides and insecticides.

Read More: 5 Easy Steps to Get Rid of Bedbugs

This is the most prevalent and popular method of treating pests, making use of synthetically produced medicines. These medicines are then applied on the crops either using agricultural aircrafts, or crop sprayers mounted on tractors, or seed dressings or through aerial spray by modern versions of agricultural aircrafts.

However, using pesticides to control pests is not an easy task. From choosing the right formula for a certain genre of crops, the appropriate timing of application, method of fruitful application and sufficient coverage and retention ability on the crop are principal factors. This complexity also includes trying to combat any situation where the pesticides tend to destroy the natural enemies of the target pests, and not to ruin the natural balance of coexistence.

However, the strength and impact of synthetic and chemical pesticides tend to decrease with time due to the adaptation of the target pest to the chemical, which is oriented to the science of evolution and adaptation capabilities of living organisms. Through this inevitable biological process, many dangerous and destructive pests have developed strong resistance to formerly effective pesticides, making frequent and heavy application of the medicines a necessity. However, such a process tends to be more expensive too.

Thus, there are several methods and tactics of pest control in Warners Bay which have been invented by both ancient and modern laboratories so far. But any organism, be it pests or insects, tends to develop resistance to such chemical formulae overtime, and hence, the constant need to synthesize new and more effective chemical components persists.

Scientists till today perform various researches and invent new chemical compositions to combat the attack of pests on special times of the agricultural cycle, and this process must go on to ensure that the farmers don’t lose their harvest to the merciless beings. 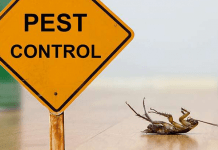 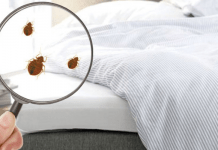 5 Easy Steps to Get Rid of Bedbugs 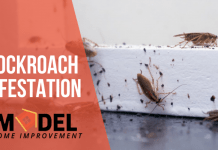 The Importance Of Using Post-Construction Cleaning Services In Mississauga

9 Reasons You Must Hire Bar Cleaning Services In Mississauga

8 Factors To Consider Before Hiring Office Cleaning Services in Mississauga

5 Resolutions for Organizing Your Home This Year

How to Clean Glass Windows at Home

We are a leading home improvement blog helping home owners build a great dwelling place to live in. Our aim is to help homeowners build a living space with beautiful designs, smart construction, energy-saving space and green technology. Whether you are looking for DIY projects or some smart tricks, Model Home Improvement can help you achieve your goals. Let us help you make your space more efficient and productive with our easy-to-follow DIY ideas and suggestions.
Contact us: hello@modelhomeimprovement.com
© modelhomeimprovement.com | All rights reserved